Cure for Gingervitis: Day One

Not only did our poor judgely butts last a 9-1/2 day of racing,'but some on the awful cars also made it.

And many more didn't. At one point in the day, no fewer than 10 cars on jackstands could be seen from the penalty box with LeMons wrenches poised underneath and shouting orders to teammates.

Yet some cars state together. Here's our rundown:

As we predicted, Bucksnort Racing's very quick, well-driven E30 leads.This is essentially their race to win or lose, since their car has the pace to match just about anyone.

In second place are the Little Lebowski Urban Achievers and their naturally aspirated Volvo 245. The team barely made the race after some weather-related drama, but Sunday's green flag will find them just two laps down after Bucksnort gained a lap back with a last-lap pass.

The battle for third already looks solid, though the teams fighting for it remain a good distance behind the first two teams. The Blue Shells remain full of surprises; their super-B-Class Accord lunched their rare motor early, but the team's 16-valve Dodge Neon has been very strong and cleanly driven and resides on the podium's final spot.

They're threatened by the Don't Mess With Lexas Lexus LS400, which struggled through some black flags or they could be challenging for the top slot. We look for a solid rebound Sunday from their formidable driver roster, which includes LeMons legend Jeff Bloch (aka Speedycop).

The top B Class car is Team Gutty's Honda CRX, a car renowned for two things. First, the car has a number of super-hooptie home-brewed "upgrades" that we laugh at every time in BS Inspection. But more importantly, the damn thing is super-clean on racetrack and somehow holds together. Their lead in B is more than 10 laps, which is about 17 or 18 minutes at Gingerman.

B Class had never been this competitive in the Midwest before. At one time, at least four B cars resided in the overall Top 10, including the Bad Mojo Opel GT, which somehow got as high as 2nd overall before mechanical issues kicked it down in the class. Still, the formerly butt-terrible Toyota Celica of Apocalypse Racing and the Honda Accord of Marc Labranche's newly christened Frankenstein Motorworks are capable of making B interesting if Team Gutty cannot hold on.

Class C was a two-car battle between the rookie Loose Lugnuts Chevy S10--who had at least a 15-lap lead--and the Red Shirt Racing Nissan Pulsar. However, penalties ultimately cost the Lugnuts, who had to sit the last 90 minutes of the day and watch the Pulsar crawl past them in the standings.

In a distant third for Class C is the hopelessly awful Back to the Future-themed Ford Tempo of the Flux Decapacitators, who somehow miraculously ran a fastest lap of 1:50 in their automatic, 90-HP heap, which is ONLY 10 seconds off the race's fastest lap of 1:40, set by the fast-and-fragile Save the Ta-Tas Chevy Camaro.

In the only-competing-for-honor category, here are three teams of note:

- The Flying Pigs 5.0L Mustang lost their transponder while running 5th overall I must their second outing. They nabbed a replacement and only lost a few laps, but that was enough to punt them from the Top 10.

- The Red Wagon super-cheaty CRX had yet to turn a single lap but had had at least one engine change. We have literally one seen that car only on jack stands this weekend.

- The Supra Troopers' supra-cheaty Trubo motor ate itself after just a couple hours. In a blistering three hours, they swapped in a backup NA motor, which promptly chewed up and spat out a head gasket. Last we saw, the team were desperately swapping out the bearings from the NA motor to the turbo motor. 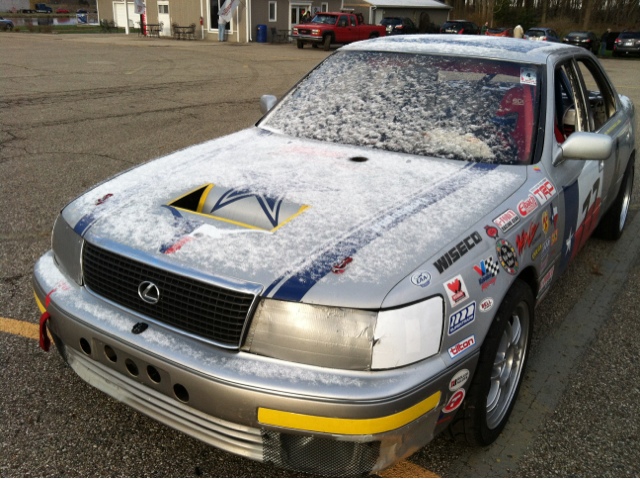 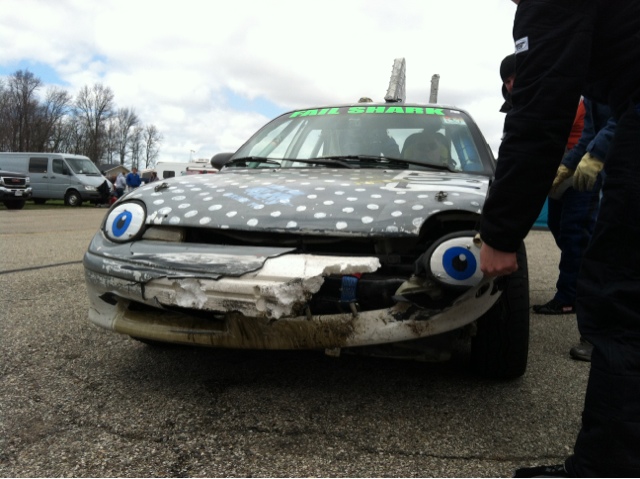 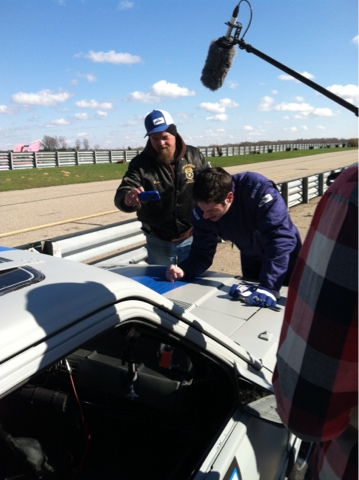 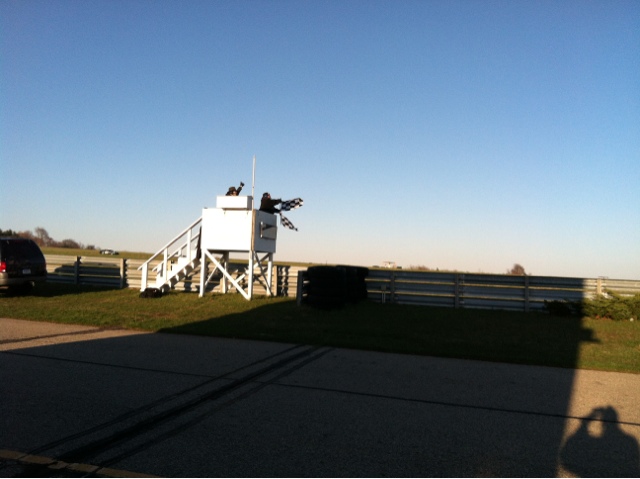