24 Hours of LeMons: There Goes the Neighborhood Bonus Preview!

By now, you've hopefully read my preview of the 24 Hours of LeMons race at Thompson Speedway Motorsports Park over on Hooniverse. If you haven't, go do it now. I'll wait.

Great to see you again. On a scale of Awesome to Incredible, how was that preview? I agree.

Now, if someone in Vegas or Atlantic City or that seedy restaurant where people are coming and going from the back room all the time is taking bets on the overall winner—i.e. the team that the series typically cares the least about—make the jump for what passes as a tip sheet. 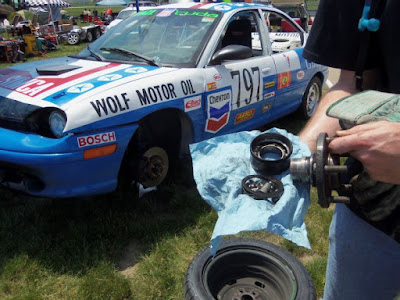 
It wouldn't be a 24 Hours of LeMons weekend without your loyal LeMons correspondent offering a modicum of in-race analysis of race strategies. This weekend finds the series at Sonoma Raceway for its fifth annual "Sears Pointless" race. The Sonoma races are usually crowded affairs where attrition tosses away huge swaths of the field. Get caught up on the field with my preview on Hooniverse and with Murilee Martin's race inspection coverage on Car and Driver.

Then make the jump for a bit of number-crunching for the endurance-racing geeks.


The 24 Hours of LeMons is visiting Barber Motorsports Park (previewed here) this weekend and without belabouring the point too much, I've enjoyed what has been a terrific three-way battle for the overall race lead during Saturday's 7-1/2 hours. To make matters more interesting, the Class B standings shuffled up several times, too, and there should be a proper race in that class, as well, for Sunday's seven hours, which will be split into two sessions.

It's been a while since I've offered mid-race analysis from a 24 Hours of LeMons race, but here we are. I've got a bit of free time so let's take a look at how the first day of LeMons' "Good Effort Grand Prix" at Sonoma Raceway. I previewed the race for Hooniverse here so you can compare what I said (or didn't say) and how it compares thus far. Follow the jump for some LeMons geekery.

We played these DOS racing games and you won't believe what happened next: We were suddenly unable to come up with a concise headline because the games were a lot of fun and quite distracting

What it says above. Read it here on Hooniverse. 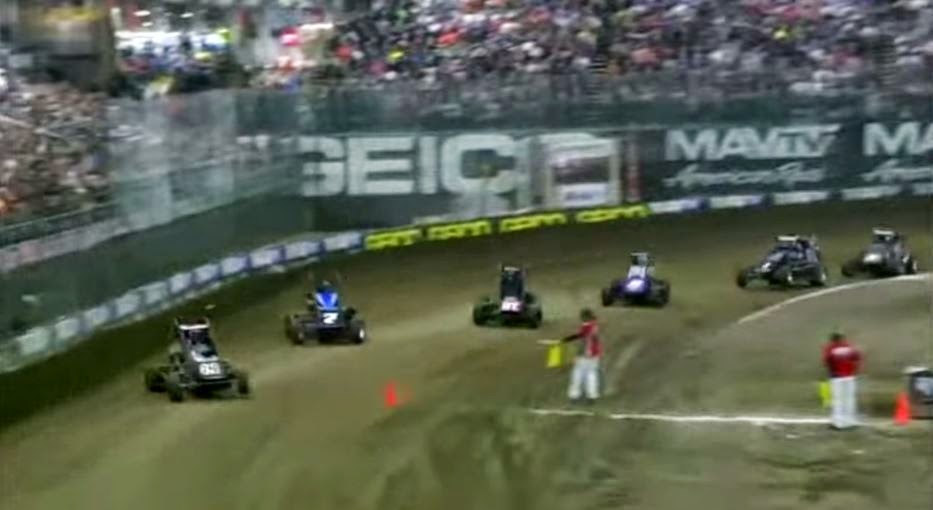 The Chili Bowl is the Super Bowl of short-track racing, where 300-horsepower Midget cars scramble around the dirt inside a Tulsa, Oklahoma, arena. It's a niche event within a niche sport, but for those on the outside of it—like myself—the spectacle is immense. This year's Chili Bowl looms with load-in for the 250 teams a mere six days away, so what better way to get excited than to watch the final 55-lap A Main from last year's Chili Bowl. Check it out after the jump.

Read about the year's opening races, both rallies of very different character.

Ringing in the New Year by tooting my own horn.

I seldom make New Year's Resolutions, but this year has seen a lot of hard work writing for Hooniverse and, with a little luck, the occasional gig for Hot Rod. In amongst all that, I've left my own website, the place from which all the hard work begin, neglected. My goal is to post something on The Rusty Hub every day, even if it's just a link to something I've written for another site.

I came up with the idea of trying to compile short history's of America's old club tracks while perusing RacingSportsCar.com. Brynfan Tyddyn was the first of these.

I compiled this to give a broad overview of crapcan series, of which there were several new ones at the time. Some came to pass, some didn't. In 2015, crapcan aficionados can race with 24 Hours of LeMons, ChumpCar World Series, World Racing League, American Endurance Racing, and in some areas, their local racing club.

I attended the Chicago Auto Show on press day and gave my initial impressions for Hooniverse. As much as I love racing, I'll take this show over the PRI show.

The first of a handful of races in which I examined how the winning teams won. I enjoy doing this, but it proved too time-consuming to continue. I hope to get back to this on some level in 2015.

This was a forgotten racetrack that I think was extremely incredible. Eight miles in the New Mexico desert with some crazy elevation changes.

This year, my former LeMons teammate Alan Cesar and I sold our 1991 Ford Escort for a measly $1000, which is an insanely good deal. This was my farewell to it, though I've seen it three times this year under its new ownership and Alan will be racing it at Barber Motorsports Park in February.

The WTCC, which is an FIA-sanctioned series, posted an overly sexualized video about the "grid girls" at one of their rounds. It really should be an embarrassment to the FIA, who occasionally tout their Women in Motorsports Ambassadors, all of whom are successful women racers.


A review of 'Chrome Underground'

In which I review a boring reality TV show pilot that I really didn't care for so I made my own narrative.

I loved this film about van culture. The soundtrack has some killer stoner rock, too, if you like that sort of thing.

In 2013, I started posting live updates from crapcan races. I did so at three more races in 2014. Some day, I'd like to expand this to streaming radio or video coverage, but the cost-per-listener/viewer math just doesn't add up. Until then, liveblogging is a useful alternative.

I took a tour of the Flowmaster factory in West Sacramento, California, on my first press trip. It was pretty cool.


A night at Calistoga Raceway

This was probably my favorite piece and my favorite experience of the year. If you haven't ever seen winged 410 sprint cars, go see them. Simply incredible.


I went to a NASCAR race and it wasn't too bad

Like the Calistoga piece, this was also part of the Flowmaster press trip.

A race recap of my first LeMons race outside the Midwest, where I served as a judge. It will also be a Guinness World Record for Largest Motor Race.

It was a year of firsts with my first proper press car coming on the trip to California for LeMons Thunderhill. This is my first proper car review. I think it turned out...strangely.

A busy summer meant I forgot the forgotten racetracks for a bit, but the Lake Garnett Grand Prix track was cool because the locals have started a revival there. Look for another Forgotten Racetrack piece soon.

I grew up watching Indy Cars on TV as a kid, but I'd never been to a race until this summer. Here it is in words and pictures.

I also went to Autobahn Country Club on a dreary, bleak day to help out my friend Mike Palmer and to get some practice shooting photos of cars at speed. It turned out OK.

I'm fascinated by the history of AMC-Renault-Chrysler-Eagle circa 1987 and the Medallion falls right in there. Someday, I'll own one of these pieces of crap for reasons that I can't explain adequately.

I went to the Performance Racing Industry show in Indianapolis a few weeks ago. That is some kinda crazy, that place.

I wrote this up for Hot Rod in the hotel room after the PRI show over a dinner of a Subway meatball footlong and Guinness out of a bottle. These are the kinds of tools you need to be able to describe meeting one of the strangest men in motorsports.

I wrote nine of these roundups for Hot Rod's site as a sort of litmus test to see if Hot Rod readers had any interest in the larger world of motorsports. Results were mixed, but I had a lot of fun writing them. The linked story is one of the better ones, which gave a brief-and-sometimes-humorous recap of the weekend in racing plus a mini-feature.


An audio guide to the 25 Hours of Thunderhill

I spoke with Hooniverse's Bradley Brownell for his podcast, the Cammed & Tubbed Podcast, about the 25 Hours of Thunderhill. It was my first attempt at broadcast journalism. The result: My voice still sounds funny and I say "...um..." way too freaking much. Public speaking abilities, I don't haz them.